Want to GROW or SAVE your business?

Discover how business coaching will change your
business forever. Nick Ikonomou helped over 300
businesses in One on One assignments. Are you ready?

Discover how Nick can help you

Well done Melbourne Victory on winning the FFA Cup. Just having my minute of glory 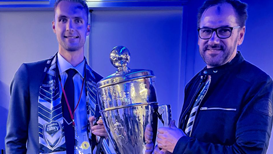 CoachNick Business Coaching has a long association with Melbourne Victory and we have been there during glory days and some dips. Last year was a tough year and Victory’s worse. After a reflection of all parts of the business, Victory reviewed and acted upon many changes internally in an aggressive pursuit of excellence leaving behind a year to forget.

Despite a challenging year with restrictions, interruptions and reschedules, Victory has excelled in performances, picking up the first silverware on offer, being the FFA Cup. Not only does this validate the changes being made, but it qualifies the team for Asian Club Championship competition and sets itself up confidently for the remainder of the A-League Mens season, already holding a commanding position on the ladder.

As always, in glory, tough times and rebuilding phases, CoachNick Business Coaching is proud to be associated with a club synonymous with success and continuous, never ending improvement philosophies. Something that we apply in our daily routines within our business and private life and our client’s businesses.

Since 1999, he’s helped over 400 businesses in 1-on-1 business coaching assignments in Melbourne. CoachNick coaches, on average, 35 individual businesses at any given time.